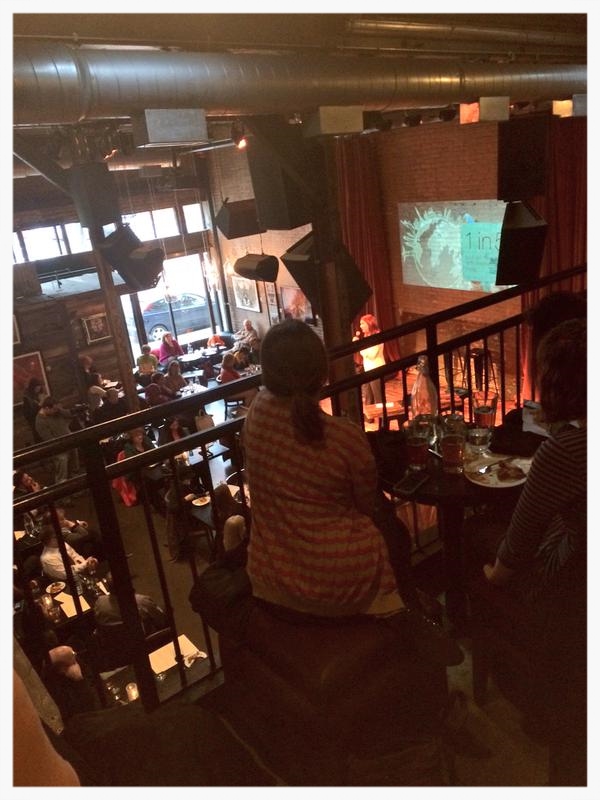 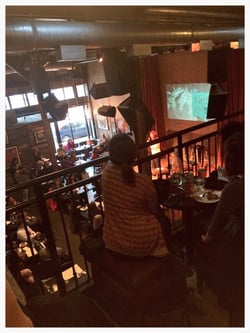 On a chilly Monday in Minneapolis, two women shared their dynamic experiences in education to an at-capacity Icehouse, a unique venue for this month's EDTalks.

"EDTalks is a lively series of networking and education events that engages young professionals in public education issues in the Twin Cities. Each program features two compelling 20-minute presentations by cutting-edge educators, youth advocates, journalists, artists, policy-makers and others, along with ample time for conversation and networking" (source).

Dana Mortenson, CEO of World Savvy, opened the program with a talk on global competency, focusing on a single question: what is the purpose of education in a changing world?

According to Mortenson, the type of global competency necessary for the rapidly changing world needs to find its start in the classroom. She argued that the United States needs to create a school environment that "embraces failure," and that we don't need good test takes, but rather we need good problem solvers. She used Finland as a prime example, stating that the country's radical yet successful public education system explains its enviable achievement gap that's reportedly the smallest in the world.

Mortensen offered staggering statistics and projections for the future of our schools, our country, and our world. The World Savvy co-founder identified both change and global interconnectivity as constants for the future.

Next was teacher, public speaker, and author Kao Kalia Yang. Yang gave a poignant and moving presentation full of stories and wisdom, free from any additional audio or visual presentation aids. She was born in Thailand's Ban Vinai Refugee Camp, and is a member of the Hmong ethnic minority and is an American citizen. Her culture, heritage, and immigrant experience were the basis of much of her talk. She spoke of her struggles in her first public school experience, and the rapt audience was taken with her on her journey through her education.

Yang believes teachers and students embark on a mutual journey in the classroom, saying, "All we can do, all we can be, is companions on a journey." She shared a quote from an educator that changed her view of education when he urged her "You can't just consume knowledge--that's selfish. At some point you have to be a producer of knowledge." Kao Kalia Yang was a quiet, inspiring force for the educators in the room.

While their backgrounds may differ, both Dana Mortenson and Kao Kalia Yang share an earnest passion for education. View both of their videos below to watch the full presentations.

Want to be in on these conversations? Check us out on Twitter!