STEM vs. STEAM—Which One is it?

Federal reports show only 16% of high school seniors in the US are interested in pursuing a career in STEM (Science Technology Engineering and Math). Our students rank 17th in science achievement and 25th in math ability among industrialized nations. Couple that with the fact that “the demand for scientists and engineers is expected to increase at four times the rate for all other occupations,” and it’s no wonder why the topic of STEM is the talk of town. America’s face palm can be heard internationally, but its sting hits close to home, starting with schools. But are four letters enough to encapsulate the issue?

Educators, policymakers, researchers, students, and plenty of others have been debating whether or not STEM is leaving out other critical areas that beg for development. The most widely discussed addition is “A” for “arts,” vaporizing the acronym to STEAM. Proponents find that “arts” taps into whole-brain thinking, a concept that many teachers are adamant about including in all lessons. As curriculum and professional development thought-leader Dr. Melissa Hughes puts it, “Whole-brain teaching is an instructional approach that emphasizes active learning that engages both hemispheres of the brain" (Hughes, Melissa. “Engaging Learners with Whole-Brain Experiences”). Traditional STEM topics are associated with the left side of the brain, while creativity, imagery, and essentially, art, are tied to the right. When both hemispheres of the brain are stimulated, people are much more likely to understand what they have learned and can recall that information appropriately. 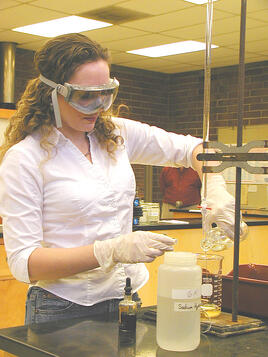 Advocates believe the many modern day examples of STEAM prove the need for art:

And the arts aren’t the only subject coming into action. Both STREAM and eSTEM have caught the public’s eye. People are finding that both reading and religion deserve equal attention in STREAM, while eSTEM includes an emphasis on the environment.

Still, opponents of STEAM are just as vocal about the need to keep STEM as is. They fear the extra letter dilutes the purpose of what STEM originates from—a national epidemic in four core subjects. Workers from all over the world, namely Asia, are filling STEM-based jobs in America because there simply aren’t enough US workers to fill them. According to STEMcareer.com, more than 50 percent of US engineering doctoral degrees are held by foreign nationals. It’s science, technology, engineering, and math where the US is deeply failing—not art. Because of this, STEM advocates believe the focus should be solely on the core four.

So which one is it, STEM or STEAM? STREAM or eSTEM? If educators, policymakers, researchers, and the like are to agree on anything, it’s that science, technology, engineering, and math need drastic improvements in America’s education system.

VariQuest Visual Learning Tools tap into all variations of STEM. Want to learn more? Click below