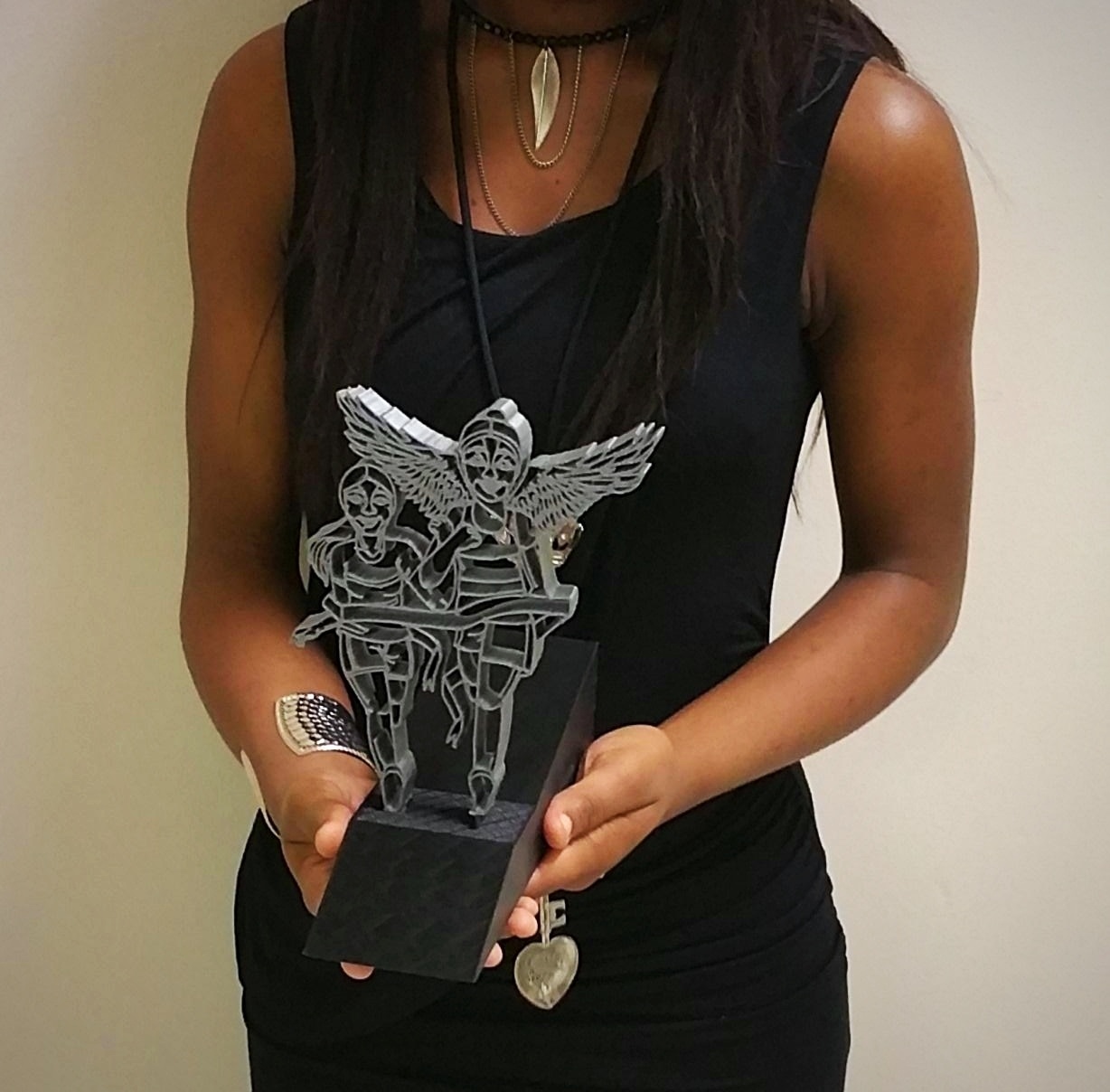 A Tale of Two Entities: a Girl & a 3D Printer 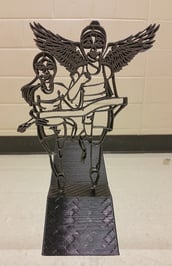 Okay, maybe this story doesn't share the poetic eloquence of Dickens' silver-tongue-take on the French Revolution, but it is indeed a tale of a girl's goal being fulfilled by her grit, her moxie, and Trifecta™ 800 3D Printer.

Foreign Worlds Collide
Aldine ISD's Carver Magnet High School in Houston, Texas, is geared toward applied technology, engineering, and the arts. Carver sophomore La'Jasha Champion, a self-proclaimed artist, had little to no experience in the tech and engineering world. Mix in the Business Professionals of America (BPA) State Conference in Computer Modeling where students must model a statue commemorating the Boston Marathon, another realm foreign to La'Jasha, and you have a trifecta of three worlds colliding for one sophomore student.

But the collision proved to be a success. La'Jasha started from traditional pencil and paper to sketch an impassioned statue of two girls running both up and downhill, depending on your perspective. She moved on to teach herself Tinkercad, a free modeling program for the masses, to add dimension to her statue—literally. With her perseverance in learning CAD, La'Jasha was able to enter the BPA State Conference and win, a first in the school's history.

Not-So-Great Balls of Filament
She went on to compete in the national level occurring in Boston. For this competition, students needed a physical model of their statue for their pitch. Much to the school's chagrin, their three unnamed 3D printers incessantly failed. "We would come back hours later to a ball of filament; it was one disappointment after the other," instructional technologist Josh Hicks described when trying to print the student's statue.

"The competition was only four days away, and La'Jasha had no statue to compete. As teachers, we were letting ourselves down. This girl taught herself Tinkercad, how to storyboard the details...we had to get her the statue."

With a Little Help from Some Friends 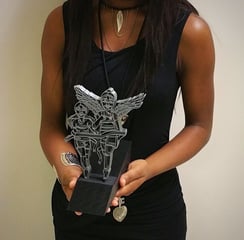 Josh decided to reach out to someone he could trust: Advanced Graphics. A reputable distributor of VariQuest® Visual & Kinesthetic Learning Tools, Advanced Graphics' Lesh Richardson offered to print the statue on VariQuest Trifecta™ 800 3D Printer. After one successful 10 hour print, Lesh overnighted the statue to Boston. It arrived at 10:30am, and La'Jasha was ready to pitch her work at noon. The nick-of-time idiom has never been so appropriate.

VariQuest would like to congratulate La'Jasha Champion on placing fourth in the BPA National Conference, but most importantly, for exhibiting raw grit in her journey in these once foreign realms. We would also like to thank Josh Hicks for speaking with VariQuest, all Carver Magnet High School staff who helped La'Jasha, and our trusted Texas dealer Advanced Graphics.

Trifecta™ 800 3D Printer is what your school needs to take the student learning experience to the next dimension. Fill out the form below if you'd like some information on what Trifecta can do for your students.